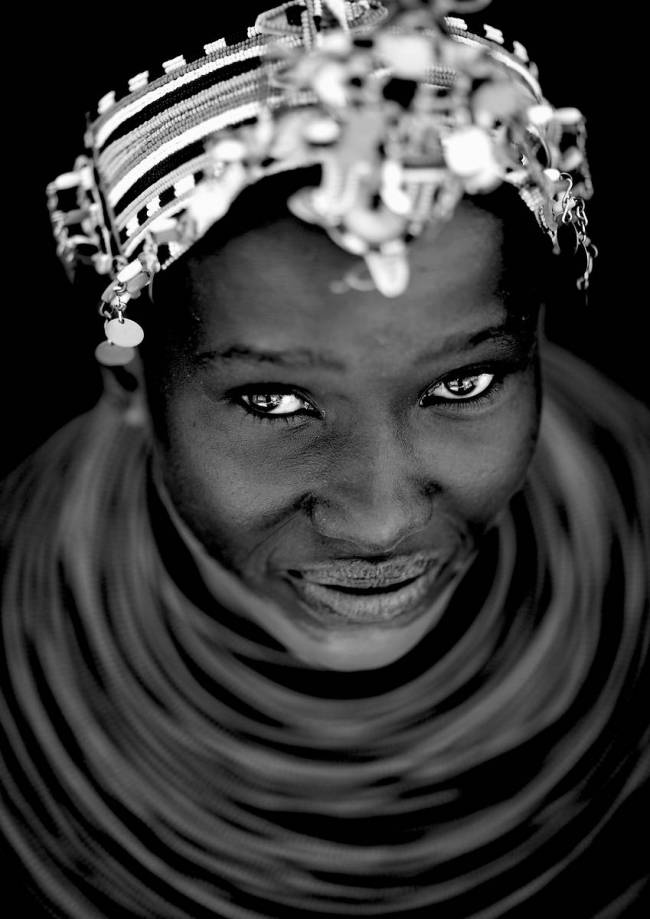 The Samburu are closely related to the Maasai. Like the Maasai, they live in the central Rift Valley in Kenya, where the climate is semi arid. They are semi nomadic and belong to the Maa (Nilotic) speaking group of people. They do very little farming. Their livelihood depends upon the cattle (sheeps and goats) they raise. They use their milk more than meat. They often drink milk mixed with cow s blood. Like their neighbours, they have to search for water and grazing land which leads them out from their homes during dry seasons. The Samburu live in huts made of branches, mud and cow dung. Around it, there is a fence made of thorn bushes, in which the cattle is kept at night. Most Samburu still wear traditional dress. Like the Maasai, women wear colorful beaded necklaces similar to the ones the Rendile women also wear. The number of necklaces is a sign of wealth, often given as dowry. They wear bright clothes, usually red and pink. To protect their eyes from the sun, Samburu warriors (like the Rendile) often paste their hair with ochre which creates a visor. Samburu are very spiritual people, believing and praying every day the God called Ngai. Age determines men s social status: each man has to go through various stages before becoming a powerful elder. Circumcision marks the boy s transition to a young warrior, while girls excision is carried out on the day of marriage (usually at 16 years old).